PAM LEWIS IS NOT ONE TO SIT BACK and wait. And as the chair of Sustainable Magnolia, she’s also more than a bit of a greenie. So when the 24-year resident of Magnolia heard in winter 2010 that a group of Queen Anne homeowners were getting a bulk-rate discount on solar panel installations, she started to work on landing a similar deal for her neighbors. Or, as she puts it, “I started scheming.”As details trickled west to the bluff, Lewis discovered that Queen Anne was the pilot project for Solarize Seattle, a project cooked up by the environmental advocacy nonprofit Northwest Seed. And the idea was simple: Northwest Seed would recruit a resident-run committee—responsible for building buzz in the neighborhood, hosting informational workshops, and finding homeowners who wanted to go green—and then help it negotiate a price with an electrical contractor that specialized in solar installations. “The concept actually started in Portland,” says Alexandra Sawyer, the project coordinator. “They came up with this group-buy structure that really took off.” 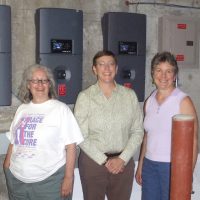