Solar Incentives in Washington and Oregon

The Solarize Guidebook: A Guide to Collective Purchasing of Residential PV Systems (Version 2.0)

Authored by Northwest SEED, May 2012 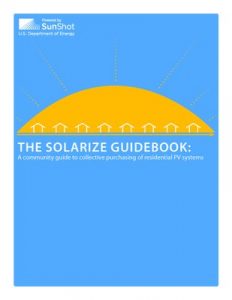 This guidebook is intended as a road map for project planners and solar advocates who want to convert “interest” into “action,” to break through market barriers and permanently transform the market for residential solar installations in their communities. It describes the key elements of the Solarize campaigns in Portland, and offers several program refinements from projects beyond Portland. The guidebook provides lessons, considerations, and step-by-step plans for project organizers to replicate the success of Solarize Portland.  The Solarize Guidebook was prepared for and funded by the Department of Energy, under the SunShot initiative. 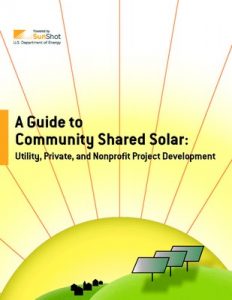 Authored by Northwest SEED, May 2012 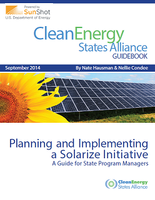 Planning and Implementing a Solarize Initiative: A Guide for State Program Managers 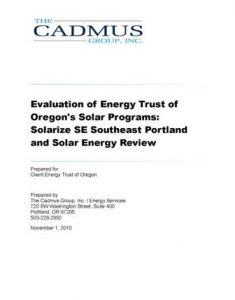 Authored by the Cadmus Group, November 2010

Energy Trust of Oregon (Energy Trust) undertook this study to gauge the effectiveness of and participant satisfaction with two of its major solar efforts in 2009 and early 2010: Solarize SE Portland (Solarize SE) and Solar Energy Reviews (SER). Both these programs are designed to accelerate decision making and to minimize barriers to adoption of solar energy systems in homes. In particular, both programs strive to shorten the typical 2+ year solar installation decision-making process.