Pamela Ng has been a big proponent of green energy, sustainable resources, and recycling for over 30 years. Her interests started when she saw a University of Washington forestry department demonstration on how to recycle lumber. They were handing out tree saplings to students for free, which as a student at the time, she wondered “how can you possibly grow trees in your dorms?” She gave the saplings to her sister who planted them in her yard. Years later, they have grown taller than she and her sister combined; a true testimony to renewable resources. Pamela’s interest in environmental issues has also grown and she is excited by Seattle’s leadership role in recycling and renewable energy programs. She says, “Now, pretty much everything gets recycled and it’s a cleaner world.”

Pamela first learned about Solarize Seattle through a workshop and immediately signed up to participate in the Solarize Seattle: Northwest campaign. In order to make sure solar was a feasible and smart option for her home, she did some of her own research and attended a UW engineering lecture series on solar. Of all the things that pushed her to place solar panels on her home, “the story about Germany was the most encouraging” she said. (Germany is 15% less sunny than Seattle but is a world leader installed solar capacity.) 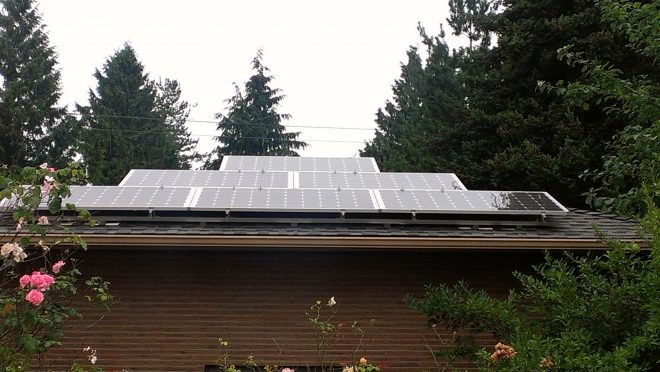 Pamela’s solar panels are only 2 months old and she has been having a blast with them. She recollects the first day the panels began to work, “I turned on almost every appliance in the house and ran in and out to check the net metering for how much electricity it is generating and how much electricity I’m using!” Pamela also has a data monitoring system installed, which allows her to see real time electrical production data from the micro-inverters attached to each solar module. “Micro-inverters are fun!” 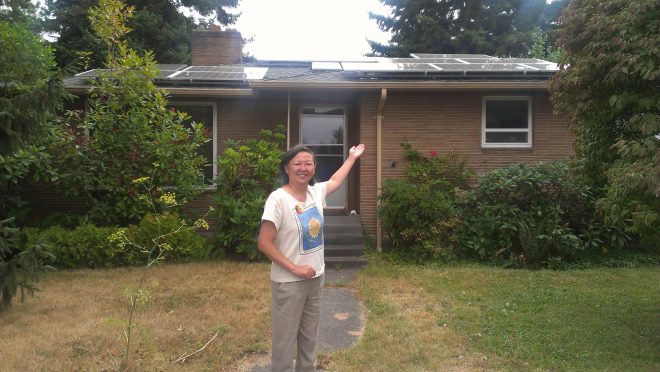